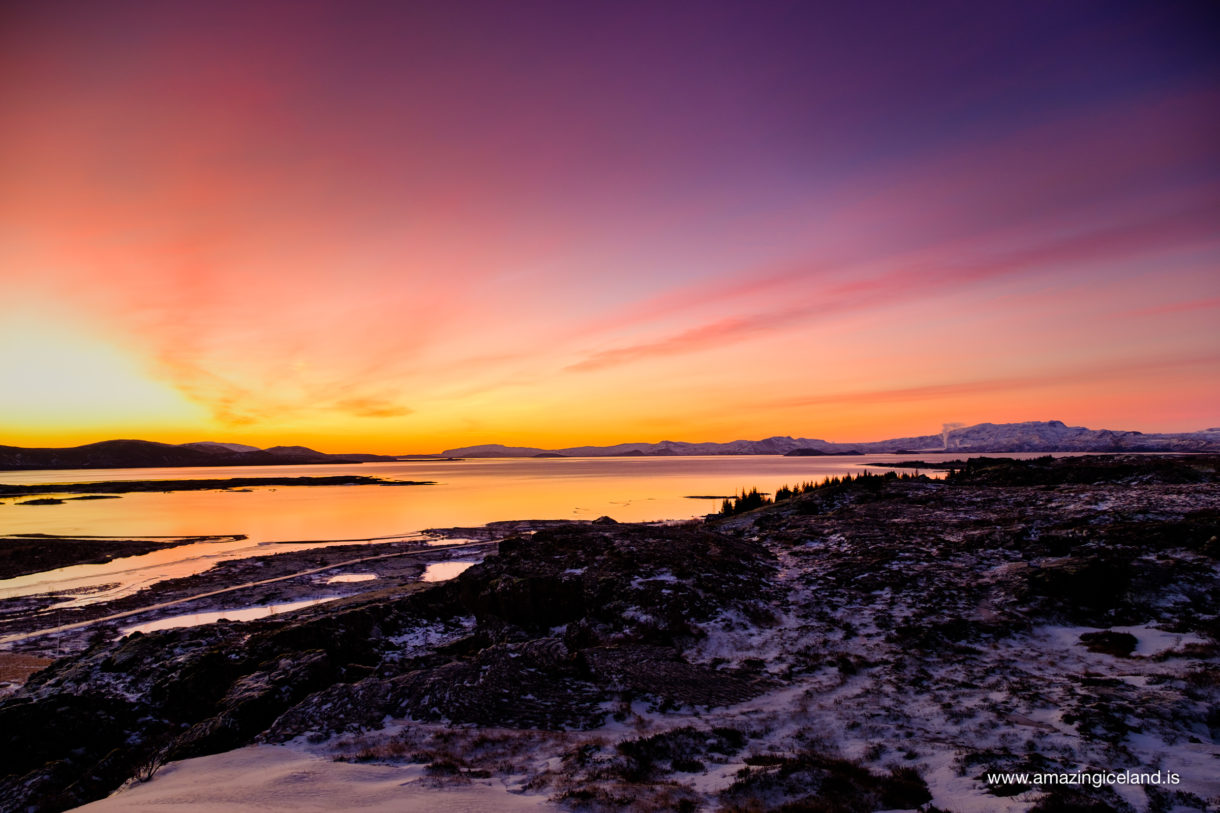 Thingvellir is a protected national shrine

No single place epitomizes the history of Iceland and the Icelandic nation better than Þingvellir by the river Öxará.

Thingvellir is the most important cultural heritage site in Iceland, a national treasure and at the same time a major cultural treasure at global level. Its dramatic history from the establishment of the Althing around 930 gives insights into how a Viking Age pioneer community organized its society from scratch and evolved towards the modern world. Þingvellir also combines in a single place an assortment of natural phenomena which only a handful of places on Earth can boast.

To the Icelanders, Þingvellir is a symbol of national unity where the main strands of their history have been woven from the start of the settlement in the 9th century to the present day.

The pioneer society that established the Althing in around 930 is the only society to have such detailed records of its very earliest origins, along with remarkable archaeological remains to support them. History as preserved in this form sheds light on important elements in European constitutional development, all of which are linked directly or indirectly to the growth and ascendancy of the rule of law and can clarify our understanding of them. The oldest extant historical work in Icelandic, the Book of Icelanders (Íslendingabók) by Ari Þorgilsson the Wise, written 1120-1130, is the most important source of information about the settlement and the origin of Iceland’s nation state and assembly at Þingvellir in the era commonly known as the Icelandic Commonwealth. The Commonwealth lasted from around 930 until 1262/64. As a single, general assembly for such a large country, which was later to develop into a nation state, the Althing was remarkable in its day. For the duration of the assembly Þingvellir effectively acted as the first capital of Iceland for two weeks every year.

The chief characteristic of the Þingvellir landscape is fissures, the largest of which, Almannagjá (Everyman’s Gorge), forms a cliff wall and backdrop to the ancient assembly site. These fissures are part of the Þingvellir rift valley, formed on tectonic plate boundaries where two continental plates are moving apart. The Þingvellir rift valley can be particularly clearly seen on the surface and was cited as an example when the theory of plate tectonics was being formulated in the 1960s – the foundation for modern understanding of geological processes and land formation. The Þingvellir rift is the most lucid example on dry land where plate separation on a mid-ocean ridge can be sensed and understood. Þingvellir and the lake Þingvallavatn surroundings are thus of outstanding value as a geological monument, not only for Iceland but also globally.

Nowhere else in the world have four separate morphs of Artic charr evolved in the same lake in a span of less than 10,000 years. In addition, the lake hosts a distinctive stock of brown trout which is well known for its longevity and large size.

With its cliff walls, fissures, slopes, lava fields and grassy plains, where the river Öxará still flows and its ruins recall ages gone by, Þingvellir creates a backdrop to all the great historic events that have taken place there. In this environment of dramatic contrasts one can sense the mystery of sacred things, at once awesome and enchanting, which attracts and repels at the same time, arousing strong and conflicting emotions. Þingvellir is where Icelanders go when major decisions are to be made. Icelandic Nobel Prize laureate Halldór Laxness sets many of the key scenes of his “Bell of Iceland” at Þingvellir where it was said that the bell of Iceland itself rang in days of old. In doing so he lends these episodes, and the words spoken by the characters, a symbolic depth which invokes the history of Iceland and its campaign for independence.

The first National Park in Iceland
Þingvellir is a symbol of national unity and the embodiment of the national identity. In the 19th century, when Romantic notions of liberty, national identity and natural philosophy began to gain momentum, Þingvellir assumed a symbolic meaning. As a token of its importance to the Icelandic people, Þingvellir National Park was founded in 1930, the first National Park in Iceland. It is beyond doubt and well arguable that to most Icelanders today, Þingvellir remains a sacred place, where the dormant national spirit dwells and calls the nation to come together at crucial points in time.