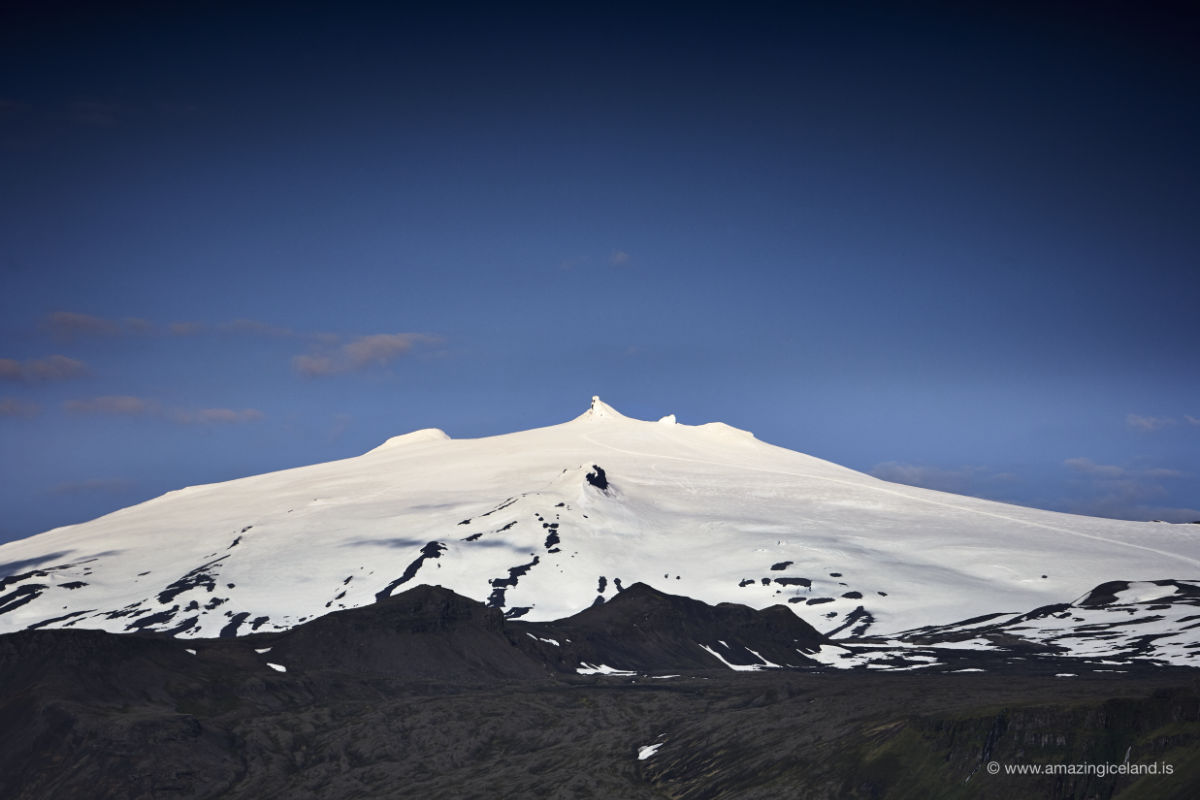 Snæfellsjokull is a part of the Snæfellsjokull National Park which was established on June 28, 2001. The top of Snæfellsjokull glacier is at 1446m above sea level.
Snæfellsjokull National Park The Snæfellsjökull glacier situated on Snæfellsnes west Iceland is 1446m above sea level. The glacier is an active strato volcano, having been built up through numerous eruptions during the last 800,000 years. Many believe the glacier to be one of the seven main energy centres of the earth and its mystique is noticed by many. Snæfellsjökull is a part of the Snæfellsjökull National Park which was established on June 28, 2001. The Park’s purpose is to protect and conserve the areas unique landscape, indigenous plant and animal life as well as important historical relics. At the same time, the Park is meant to allow visitors easier as well as improved opportunities to get to know the area.

Volcanic activity of Snæfellsjokull The Volcano Snæfellsjokull shows the classical form of a stratovolcano with its cone shape that has been built up over a long time. It is the most active central volcano in the Snæfellsnes volcanic belt. The Oldest layer of lava at the roots of Snæfellsjökull have been dated to being about 840,000 years old. The last eruption in the summit crater of Snæfellsjokull happened about 1800 years ago and it was probably the largest eruption since the end of glaciation. The volcano has been dormant ever since and might not erupt soon as preceding this eruption, there where large eruptions about 4000 and 7000 – 9000 years ago.

Although the Volcano might not erupt in the near future there are rapid changes to bee seen on the mountain as all glaciers in Iceland have been melting since the beginning of the 1900. Since then the the surface area of the glacier has halved and the volume of ice has shrunken by about two-thirds. Since 2012 the top of the volcano has been free of all Ice and at current rate the Snæfellsjökull Icecap will vanish with in few decades.