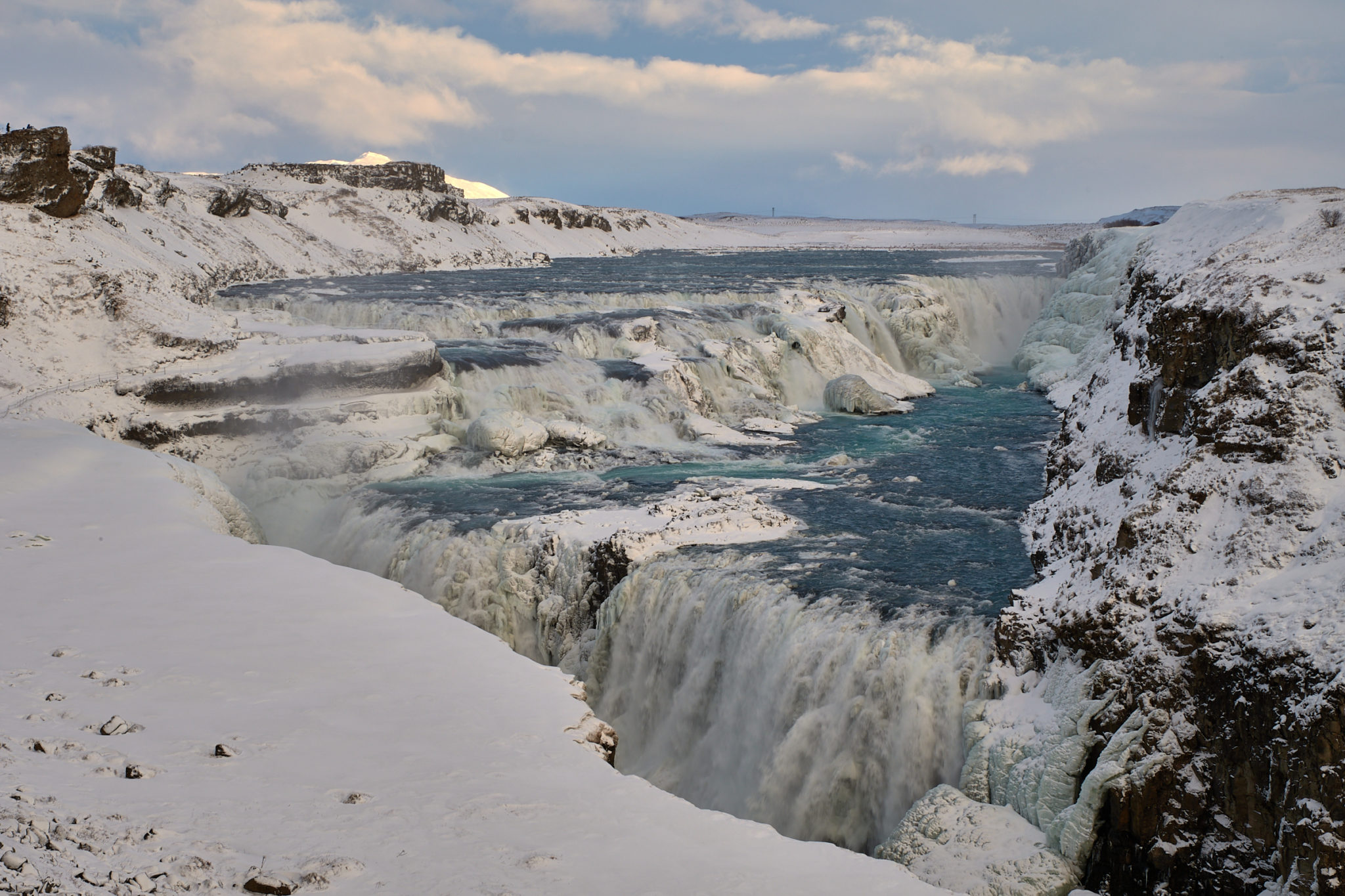 Gullfoss waterfall is listed as one of the top 10 waterfalls in the world by World of Waterfalls.

Gullfoss plunges in two dramatic stages, the first cascade drops 11 meters and the second drops 21 metersas it flows through the rugged, and at times 70 meters high, canyon of Hvítá river.

Gullfoss or the Golden waterfall as the name translates to is a waterfall in the river Hvítá that has its origin in the second largest glacier in Iceland, Langjökul glacier.  The meltwater of the highlands and nearby glaciers travels through the hlavafields and into the canyon above Haukadalur in Árnessýsla before dropping down two stories creating the most magical scene, we today recognize as Gullfoss. .

Gullfoss Vfalls in two steps the first one 11 meter and the second one sedan 21 meter and into the canyon that is 20m wide and about 2,5 km long.

In the early 20th century a discussion was held high in the Icelandic society if Gullfoss energy should be utilized to produce hydroelectric power.

Sigríður Tómasdóttir from the farm Brattholt stood up and fought for the preservation oft he waterfall going back and forth to Reykjavík on foot vading river and snow to protest and sue the renters and even declared that she would throw herself into the waterfall should it turned into a power plant. But, unfortunately, Sigríður lost her cases in court and all her money with it and the waterfall’s rental agreement was deemed legal.

With some unimaginable luck the waterfall was left untouched and in the year 1928 payments for the rent of the waterfall stopped coming in and 6 years later the rental contract was rescinded.

In the year 1940 Sigríður’s adopted son acquired the waterfall and later sold it to the Icelandic government. In the years to come environmental protection became more widely spoken off in Iceland and Sigríður has often been named as Iceland’s first environmentalist. In the year 1978 a memorial stone of Sigríður was put up at Gullfoss and a year later Gullfoss and its environs were designated as a nature reserve to permanently protect the waterfall.