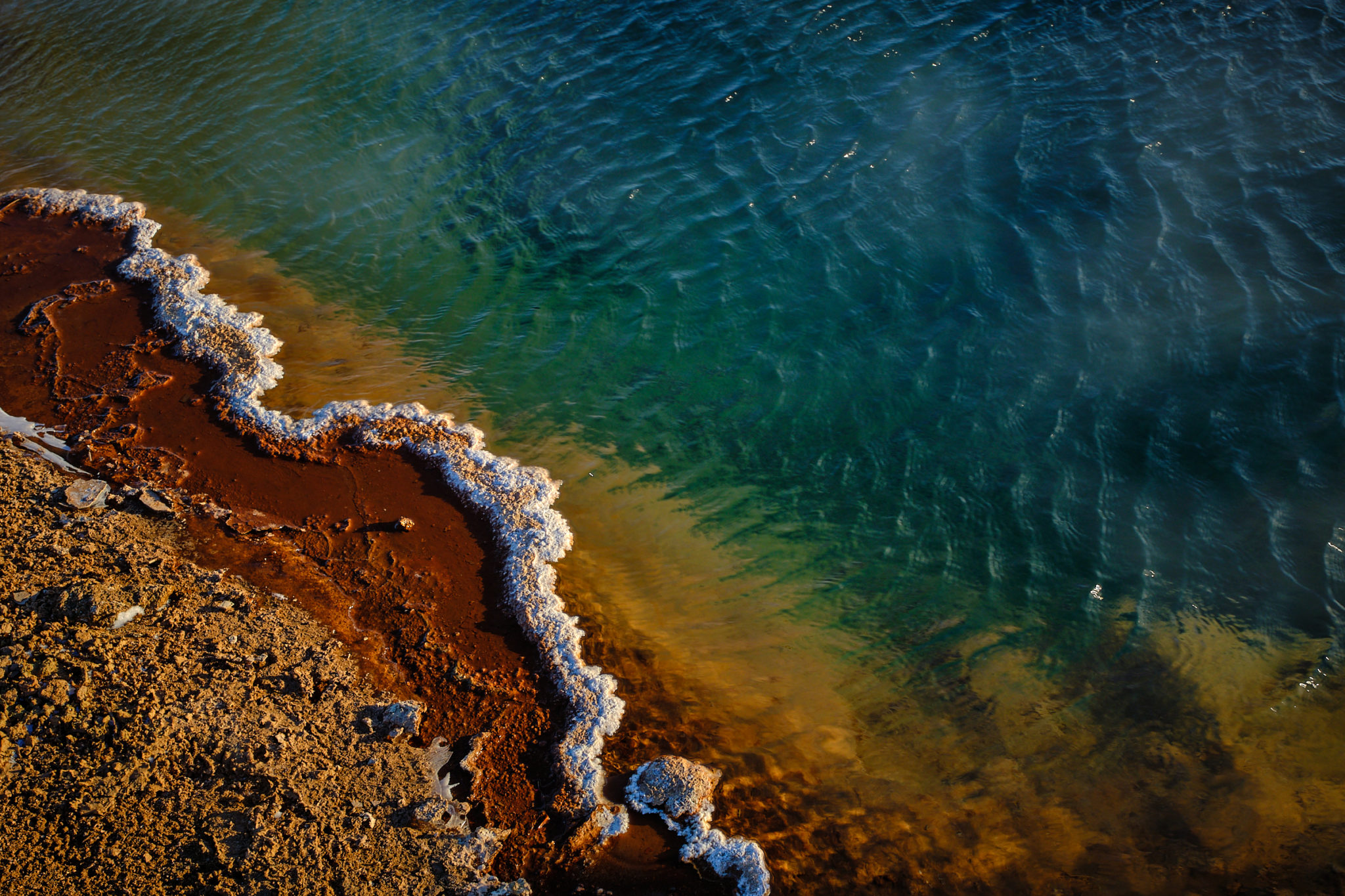 The English word “geyser” is derived from the Icelandic word “geysir” which means gusher.

Geysir is a famous hot spring in the geothermal area of Haukadalur Valley, found in south-west Iceland.

Even though the great Geysir him self is rarely active these days, Haukadalur Valley boasts a plethora of hot springs and geysers, including the powerful Strokkur, Smiður and Litli-Strokkur.

One of the greatest natural attractions of Iceland and part of the famous “Golden Circle Tour”, The Great Geysir, or Stori-Geysir, has been more or less dormant since 1916 when it suddenly ceased to spout. It came to life once in 1935, and as quickly went back to sleep. Since then its repose has sporadically been disturbed by the dumping of tons of carbolic soap powder into its seething orifice in order to tickle it to spout. It is not exactly known when Geysir was created. It is believed that it came into existence around the end of the 13th century when a series of strong earthquakes, accompanied by a devastating eruption of Mt. Hekla, hit Haukadalur, the geothermal valley where Geysir is located. What is known is that it spouted regularly every third hour or so up to the beginning of the 19th century and thereafter progressively at much longer intervals until it completely stopped in 1916.
The research of sinter shows that Geysir has been active for approximately 10,000 years. The oldest accounts of hot springs at Haukadalur date back to 1294, when earthquakes in the area caused significant changes in local neighbouring landscape creating several new hot springs. Changes in the activity of Geysir and the surrounding geysers are strongly related to earthquake activity.


After the earthquake in 2000 Geysir once again woke up but since 2003 he has gradually been falling asleep again. Whether its silence is eternal or temporary no one knows. When it was alive and shooting, it could thunderously blast a spectacular jet of superheated water and steam into the air as high as 60 to 80 meters according to different sources. Its opening is 18 meters wide and its chamber 20 meters deep. One reason for cessation is believed to be the accumulated rocks and foreign objects thrown into it by thousands of tourists throughout the years. Though definitely damaging, this however could not be the only reason for its dormancy. The Great Geysir was among the most notable geysers in the world, such as those in Yellowstone Park, New Zealand and North Iceland.

Strokkur is, arguably, the country’s most popular hot spring as it shoots vast jets of boiling water from 20 metres (65 feet) up to 40 metres (130 feet) high just about every 10 minutes.


Strokkur was first mentioned in 1789, after an earthquake helped to unblock the conduit of the geyser. Its activity fluctuated throughout the 19th century; in 1815 its height was estimated to have been as much as 60 metres.

It continued to erupt until the turn of the 20th century, until another earthquake blocked the conduit again.

In 1963, upon the advice of the Geysir Committee, locals cleaned out the blocked conduit through the bottom of the basin, and the geyser has been regularly erupting ever since.

In records dated 1630 the Geysers erupted so violently that the valley around them trembled.